22
Jul
Strength: Push Press 5×2
3 Rounds for time! UNBROKEN!!!!
If you do not complete the set of 30 unbroken, you must start over at one. Push yourselves to keep going!!

Dre getting her HSPUs on the wall for the first time!!

The Story of Jules Marsh 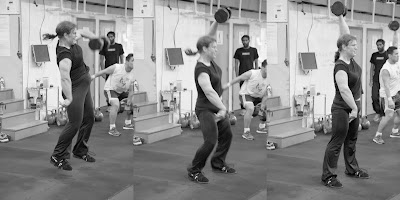 “I’m one of those firebreathers. I just don’t look like it yet.”

When Jules Marsh walked in the door at CrossFit Seattle in February 2009, she had one goal: lose 190 pounds. In a year.

Looking back, head trainer Dave Werner admits he was a little bit skeptical. “When you get way out of whack like that,” he said, “it’s extremely hard to make changes.” Part of it’s physical, of course. But there are also mental and emotional challenges that most people simply aren’t prepared for.

Jules, however, was ready.

A few months earlier, she visited her family in Tennessee, and saw her mother, at 67, struggling with “the ravages of long-term obesity,” Jules recalled. Diabetes. Arthritis. Mobility issues. Depression.

From the day she was born, at 11 pounds 12 ounces, Jules had been large. Over the years, she tried different diets or exercise regimens, and some worked all right for a while. Invariably, however, things would fall apart and she was back to square one. Her health only got worse in medical school. During her residency, when she put in 100 hours a week, shopping for and cooking healthy meals wasn’t even in the realm of possibility. So for years, she dined on sodas and Doritos, Jack in the Box and Wendy’s.

And then she decided to change her life.

To some people in her shoes, CrossFit might have felt intimidating. Jules saw it differently. Looking around the gym, she had a realization: “I’m one of those fire breathers,” she thought. “I just don’t look like it yet.”

Initially, because of her size, she had a hard time getting into a rower, or stepping up on a box. But, she said, all the trainers have helped her scale the workouts, so no matter what it is, she can do it, and she can push herself like everyone else. Her work ethic is impressive, by any measure.

But just as important as the exercise, Jules made radical changes to her diet, which Dave emphasized from the start. “I threw it out there almost like a challenge,” he recalled. Sometimes, people react emotionally when he suggests diet changes. “I’ve had people yell at me,” Dave said. “But Jules didn’t resist. She was determined from the get-go.”

She’s focused mostly on the Paleo diet, but has tried incorporating some elements of Atkins and Intermittent Fasting, as well. Cutting out the carbs was key. Jules said part of it is discipline, but eventually, she felt a cognitive shift. “I used to pick what I ate based on taste, or on what gave me endorphins or made me feel pleasure just for the food,” she said. “Now, I get my dopamine from working out here and feeling pleased and happy about what I eat because it’s a way of caring for myself.”

She used to allow herself one “cheat meal” each month, but the last time she did that was back in June. It made her feel so sick, it gave her even more resolve to stick to her diet.

She’s 160 pounds lighter than she was a year ago.

Along the way, her daily life has changed, too. In the past, she got winded walking around downtown; this year, she did the Columbia Tower Stair Climb. It used to be, when the WOD involved running, she could make it only to the sidewalk before she had to catch her breath. Now, she said, “I wouldn’t be surprised if I could run a marathon.” Today, she can do a bodyweight dip and a bodyweight front squat.
Some of the changes are less obvious.

“It’s a so much better head space to be in, taking care of yourself and caring about yourself,” she said. “It was kind of a self destructive thing and being out of that is good.”

Dave sees Jules’ success in an even more profound way. A lot of the so-called experts say it’s really not possible to make dramatic changes in your life. Jules challenged the status quo—and won. “I think that’s a big takeaway from all this,” he said. “If you want to make changes, and you’re willing, changes can happen.

“Jules is a good reality check for everybody. It’s like pointing out what’s possible.” 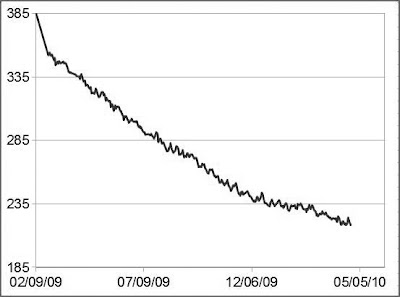 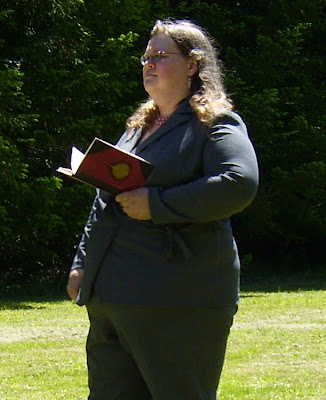 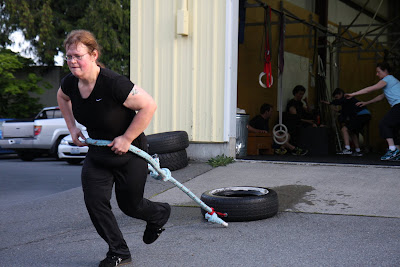